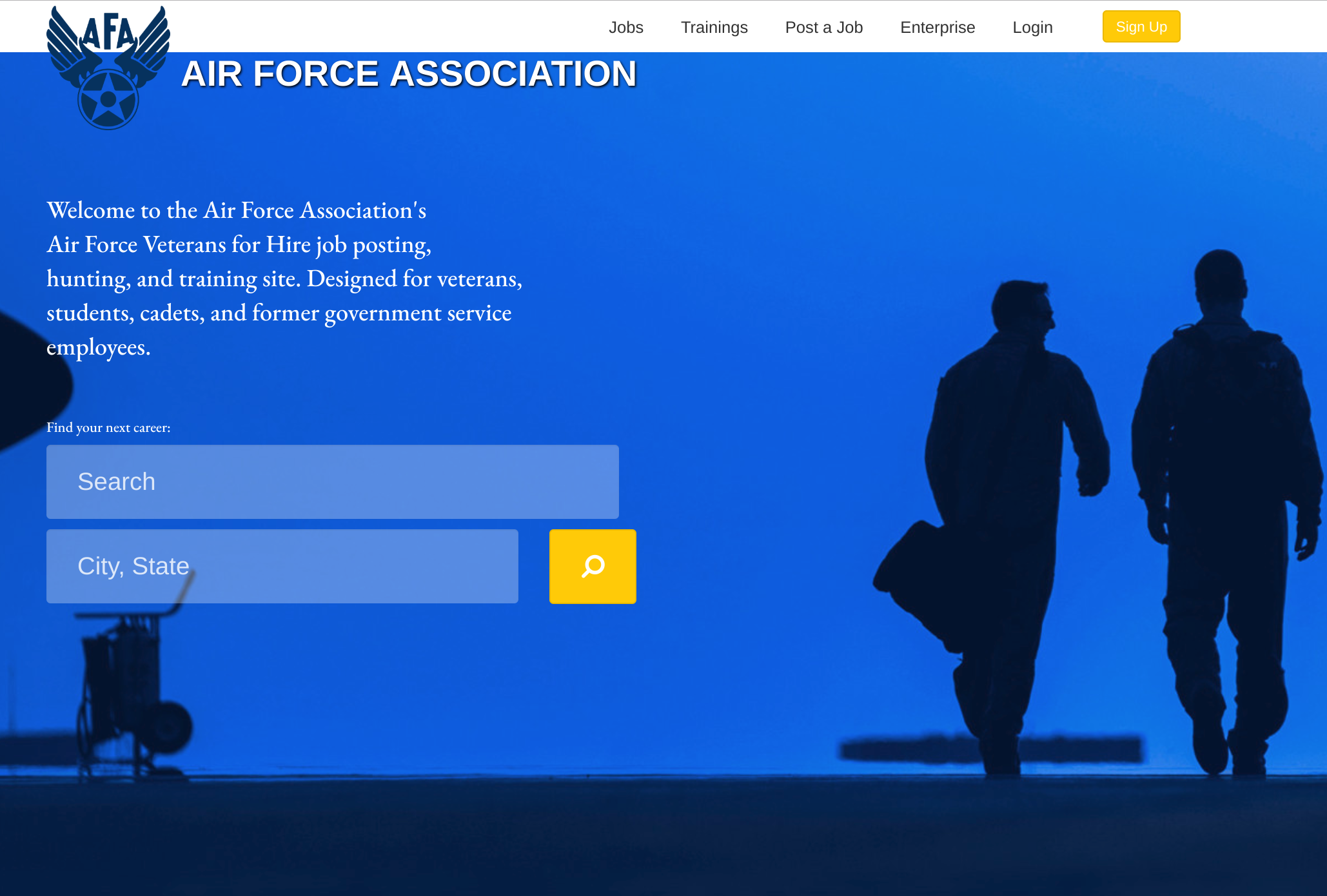 JobPath is about connecting veterans to employers that want to hire them.

I picked up the JobPath project at a tough point in it's life. The previous 2 years of the project started out strong. They had a project manager and 3 devs build up the project from nothing. The client didn't really know what he wanted to build, and the project suffered because of that. After being passed between several node developers who happened to have some free time at Clevertech, I was assigned to work on this project for the long haul.

My first task was to make the custom elastic search implementation work, it currently didn't, and the site was useless without it. Within a few days I had the search working as intended, and it's spiraled out from there. I've built hundreds of features since then, ranging from custom dashboards to military occupation translators.

A separate api app was eventually built to separate the presentation layer from the data layer. A Vue.js based widget was created for placing our military occupation translator onto client websites, such as Suburban Propane.

As the site progressed we started to sell white-labeled versions of the site to various customers, such as the Air Force Association, the Center for Economic Growth, United Way, SHRM, and many more.

Along the way the team grew and shrank depending on the work load. I was in charge of as many as 3 other developers, planning our work and assigning tasks.